Join CAATA in Ashland, OR June 29 and 30 for a Regional NW Gathering 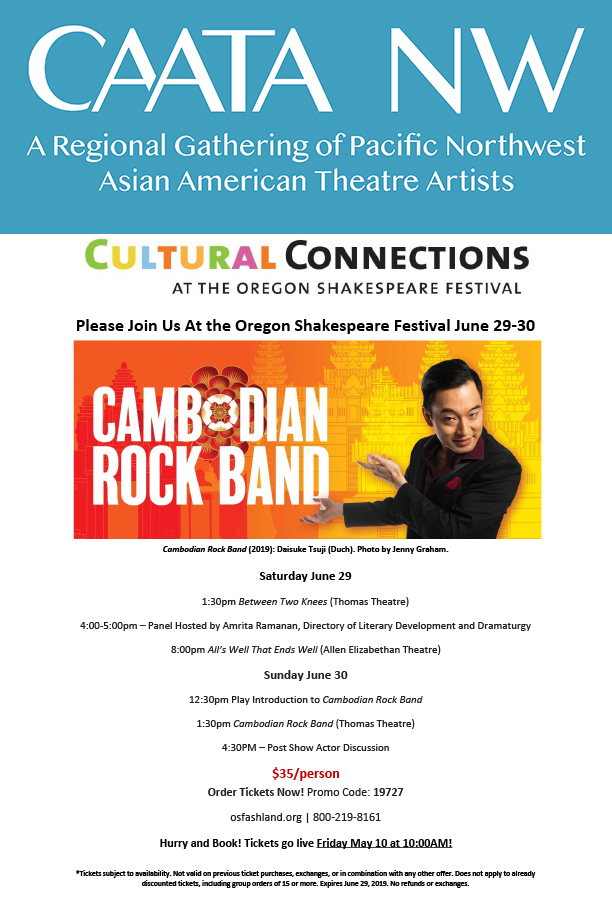 CAATA is organizing a regional gathering of Asian American theatre artists in the Pacific Northwest, with our partners at the Oregon Shakespeare Festival! Gather in in Ashland, OR for Cultural Connections at OSF, a two day event featuring talks with OSF’s head of the Literary Deparment, Amrita Ramanan, plus tickets to three of the shows with strong Asian American input: